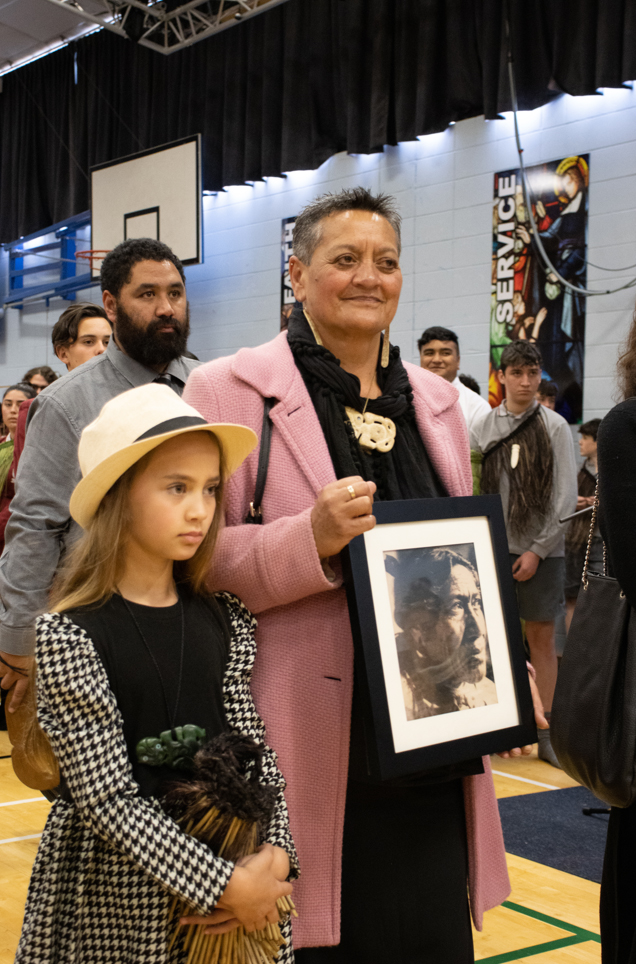 A significant day for Kanea House and Whanau

Kanea has been a house name and icon here at John Paul College for over 40 years. On Wednesday the 28th of September 2022, our kura received a photograph of the Tūhourangi Ngāti Wahiao tupuna whaea from her descendants. It was a wonderful celebration that was received with excitement, emotion, speeches, prayer and a heartfelt waiata dedicated to the whanau of Kanea. The whakaahua (photograph was lead from the RSC to the whare by JPC bagpipe band, lead by one of Kanea’s distant descendants Danika Hendrikse-Clarke. The photo was then hung in the whare by Kanea house captain Ryan Clapperton with the support of x-student and Kanea house captain Koro Tini where it will remain as a taonga aroha, (gift of love).